Frank Plummer, one of the world’s top disease destroying doctors, is keeping us safe from deadly infections.

When Severe Acute Respiratory Syndrome, or SARS, arrived in Canada, it was Dr. Frank Plummer’s phone that rang first. As the chief science officer of the Public Health Agency of Canada and the scientific director general of the National Microbiology Laboratory (NML) in Winnipeg, he was in charge of leading the response to the outbreak.

With SARS spreading across the country, Plummer had to react quickly. He gathered a team of research scientists to respond to the problem, including Adrienne Meyers, who was working on her Ph.D at the lab at the time. “At that point, we didn’t even know what it was yet,” says the now adjunct professor in the University of Manitoba’s medical microbiology department. Their tests weren’t able to identify the virus. “We knew then it was something novel,” she says. Plummer and his team had to grow samples from scratch and learn how the virus behaved. They stayed in the lab for 17 days straight.

Under Plummer’s leadership, the NML – a world-class facility that studies and analyzes some of the planet’s most destructive viruses – worked with 10 other labs around the globe and got SARS under control. Meyers sees Plummer’s collaborative approach and natural ability to coordinate people as a main reason for their success. “He’s able to have a very detailed understanding of the specifics of an issue while being able to step back and see the larger picture,” she says.

Plummer’s current claim to fame is his work with SARS, but it’s one thing in a long list of achievements for the world-renowned doctor.

While Plummer’s current claim to fame is his work with SARS, it’s just one thing in a long list of achievements for the world-renowned doctor. Before helping to set up the NML, he had already established himself as an internationally recognized HIV/AIDS researcher. It’s his innate leadership skills, combined with a dogged determination to understand viruses, that have made him so successful and led to him directly influencing public health policy in Canada and abroad.

Plummer received his medical degree from the University of Manitoba in 1976 and trained in internal medicine and infectious diseases. He didn’t become a doctor because he wanted to save lives. He did it, he says matter-of-factly, “because my mother told me to.”

Fortunately, the profession suited him. Dr. Allan Ronald, now a distinguished professor emeritus with the department of medical microbiology at the University of Manitoba, met Plummer when he was a medical student. “He was very smart, very congenial, and I thought he had great potential,” says Ronald. At the time, Ronald was trying to establish infectious diseases as a respected discipline in Canada and was looking for bright people to carry the research forward. He thought highly enough of Plummer to give him a job. “I had some resources so I recruited Frank and sent him to Nairobi, Kenya,” he says.

When Plummer got there he set up a small health clinic to test people for sexually transmitted diseases, and on the first day 600 women showed up. It was at that moment, he says, that he knew he wanted to focus his public health research on the underlying issues of disease rather than on treating individual cases.

In 1984, Plummer accepted a health research post in Nairobi to continue studying sexually transmitted diseases. In that role, he collaborated on a study that rocked the world. In the early 1980s, HIV/AIDS, which was just discovered, was considered a disease of homosexuals and hemophiliacs. Plummer’s study demonstrated that women were being infected with HIV too. “It was a complete shock,” he says of the research that tested female sex workers in Nairobi. It was this research, says Ronald, that became the foundation for what the world knew about HIV.

After spending 17 years in Kenya, Plummer moved back to Winnipeg to embark on his next major mission: creating a top-notch lab in his hometown. Thanks to the NML, Plummer is able to focus on researching viruses that break out all over the world. Currently, his team is trying to decode the Middle East Respiratory Syndrome Coronavirus (MERS), which has been identified in eight countries in the Middle East, North Africa and Europe since April 2012. The virus is deadly and reportedly kills 50 percent of those it infects. “It is a concern, but we have the capability to deal with it,” he says.

He still oversees HIV research and, in the hopes of finding a vaccine, his team is now focused on understanding why some people are resistant to the disease. But his big plan for the future is to make NML the place that solves the world’s viral threats. “We’re a little bit like the fire department in that when a pandemic happens, we respond to and deal with it,” he says. “My goal is to be the best in the world at that.” 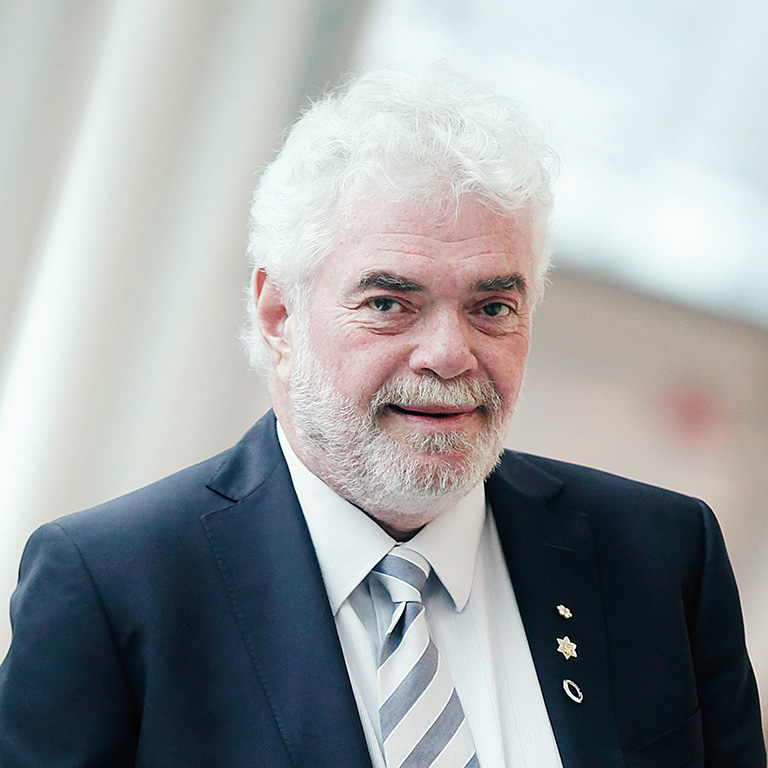