“A lot of clients get confused and think that taxation at the time of death is tied to probate planning.”

Whether you’re 25 or 55, having a will is an essential part of financial planning. But as you get older, you might start thinking about the legacy you want to leave your children. Questions like “Is there enough money for my kids?” “What will happen to the family cottage?” and “Do I have enough insurance?” start coming to mind. We spoke to Christine Van Cauwenberghe, Investors Group’s Assistant Vice-President, Tax & Estate Planning, for her expert advice on passing your assets down to the next generation. 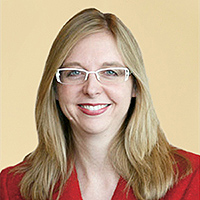 Financial Advice From Your Future Self
END_OF_DOCUMENT_TOKEN_TO_BE_REPLACED

How Risky Are You?
END_OF_DOCUMENT_TOKEN_TO_BE_REPLACED