When markets appear more volatile than normal and the media is full of stories about economic tensions that could lead to a financial crisis, it’s tempting to play defence and shift the balance of your portfolio to lower-risk investments.

This may feel like the rational thing to do but it’s more likely an emotional response that is more common and predictable than you might think. When markets start declining, perhaps even approaching historical lows, many investors will go through a cascading set of emotions that trigger an irrational response to what’s really happening in the world.

Jubilation turns to agitation as the market begins to dip. Agitation is followed by distress, then despair, and ultimately dejection. Somewhere on that downward trajectory, solid investments with great long-term potential were likely dumped and replaced with safer alternatives that may barely keep pace with inflation. The result is often short-term relief that won’t make up for the long-term damage done to the portfolio.

Time out of the market, meaning your money was sitting on the sidelines in cash instead of invested in the market, can have a huge impact on your long-term, personal rate of return. And you don’t have to be out for very long to feel the effects.

Consider this: An investor who stayed fully invested in the S&P 500 Composite Index from January 1, 1990 to December 31, 2018, realized a 7.0% annual return (excluding dividends). Conversely, an investor who missed the 50 best days of the S&P over that time period realized a -1.3% annual compound return (excluding dividends). That’s just 1% of the total trading days. 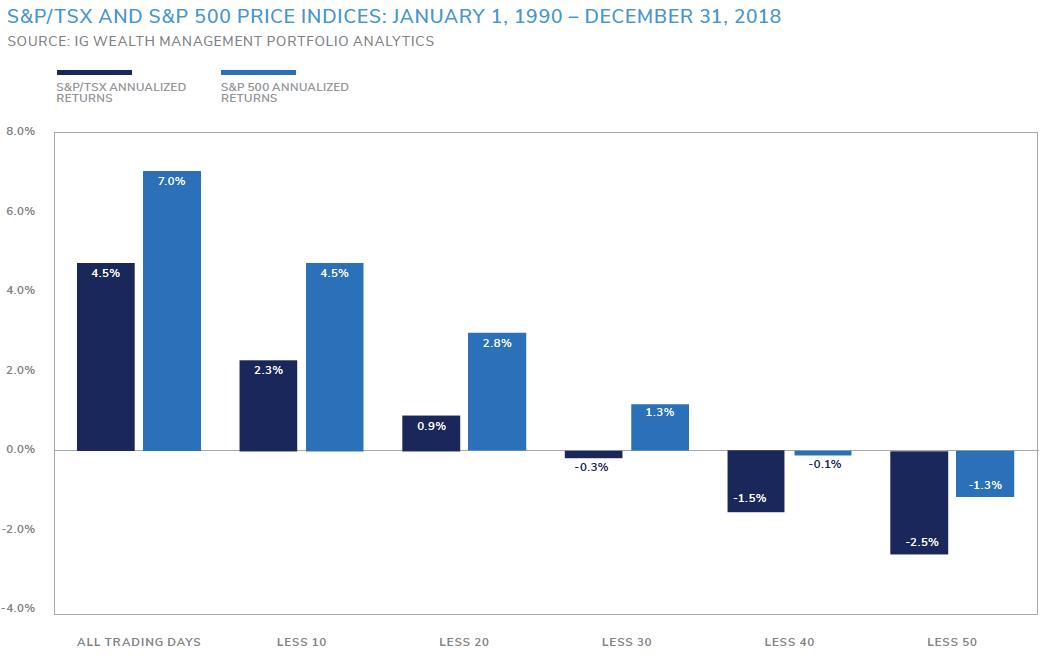 Figure 1. This chart shows how time out of the market would have affected investor returns over an 29-year period. Missing the best 50 days reduced the rate of return from 7.0% to -1.3%.

So, how do you play offense instead?

A well-rounded financial plan is built to withstand the ups and downs of the market because it is built to reflect your tolerance for risk, and that includes the days when markets seem to be at their worst.

Therefore, the best offence in the face of volatility is staying calm, sticking to your plan, and continuing to fund your long-term objectives. Sometimes, it helps to speak to an investment Consultant who has experienced volatility and helped their clients weather the storm. Their experience and coaching can help you avoid emotional decisions that could have long-term consequences.

How safe are the sidelines?
END_OF_DOCUMENT_TOKEN_TO_BE_REPLACED