About your client statement 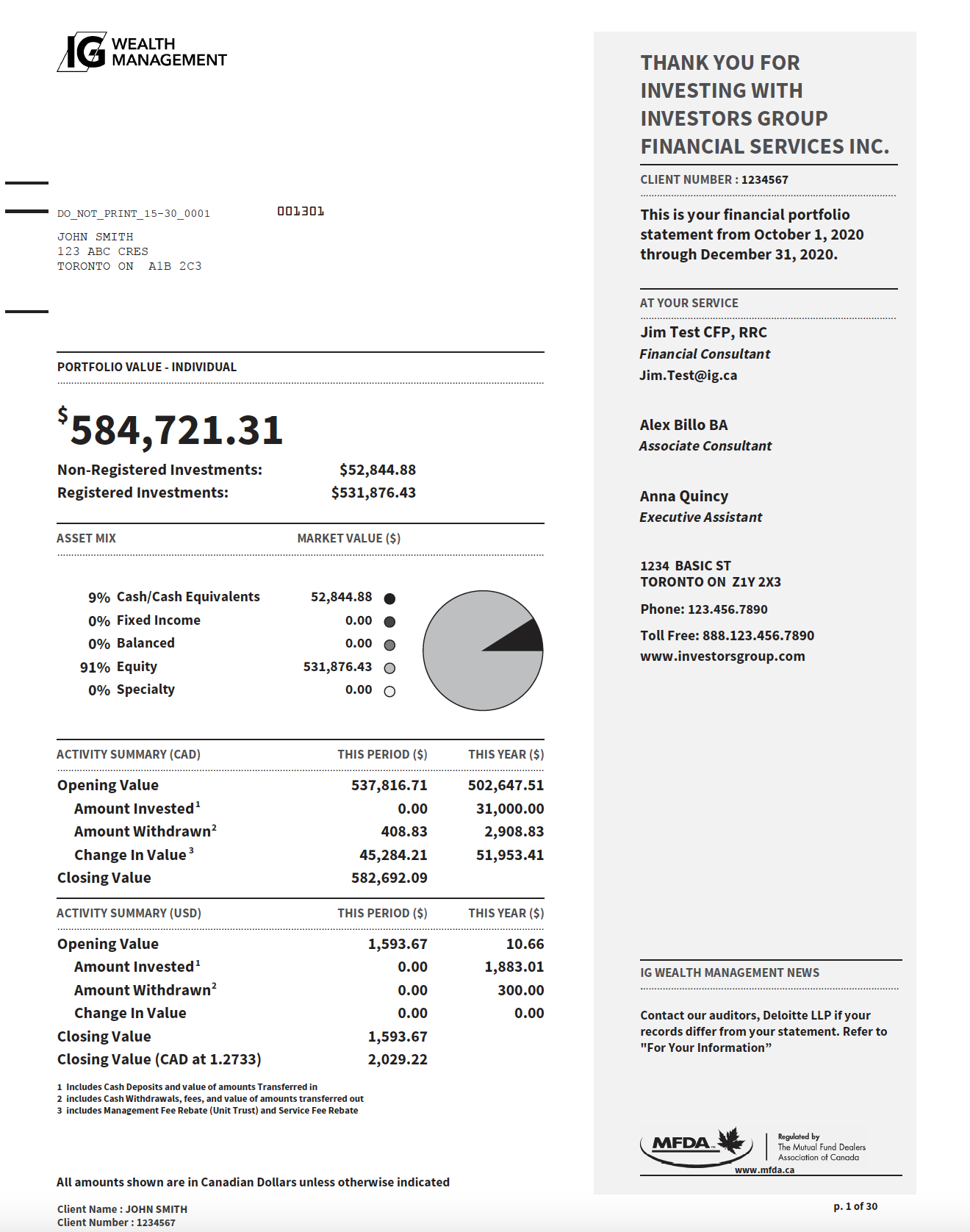 Each account type in your portfolio is reported separately. 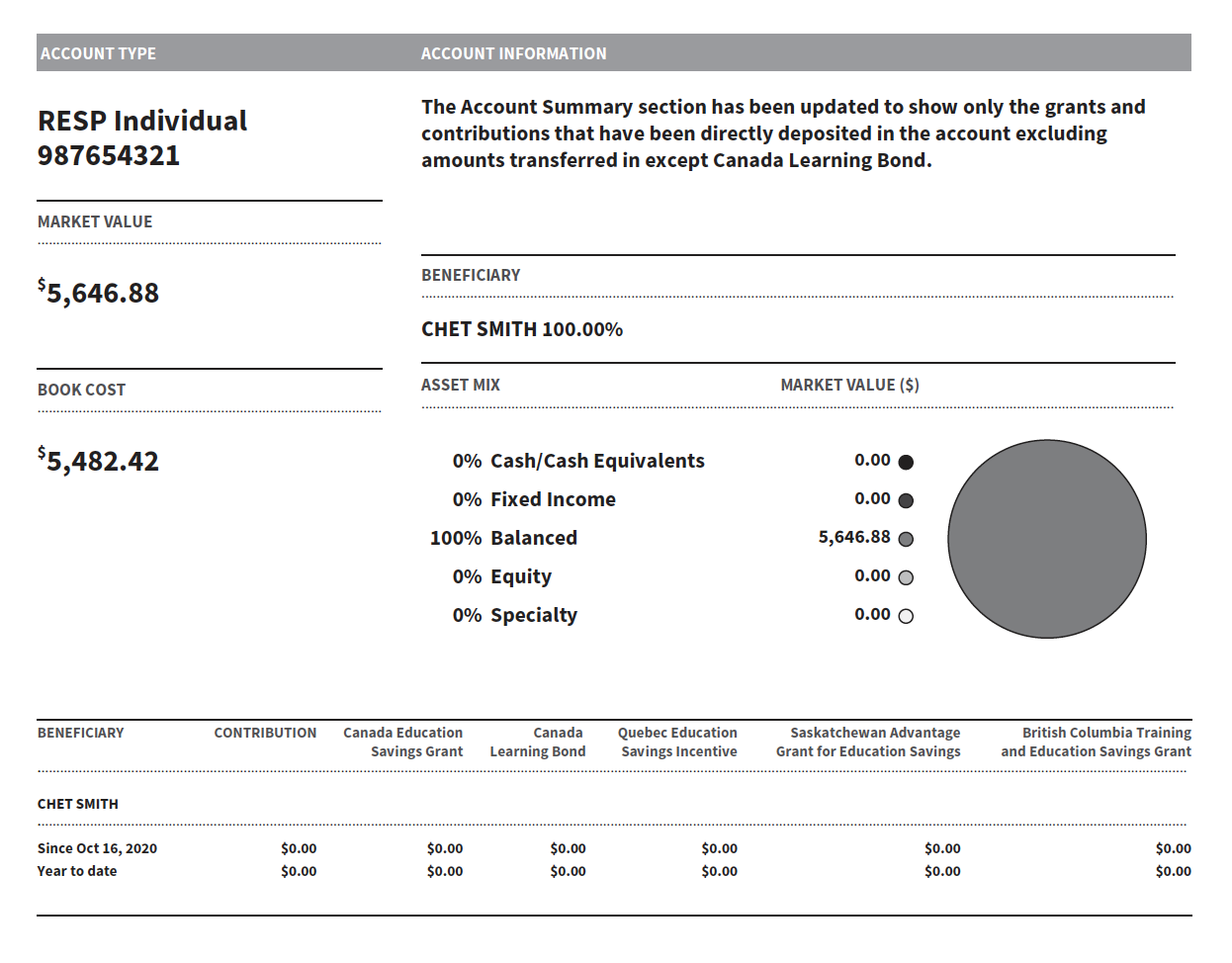 A summary of the investments held within the account, their book cost and market value.

For each type of account in your portfolio, transaction details of individual holdings are reported for the period. 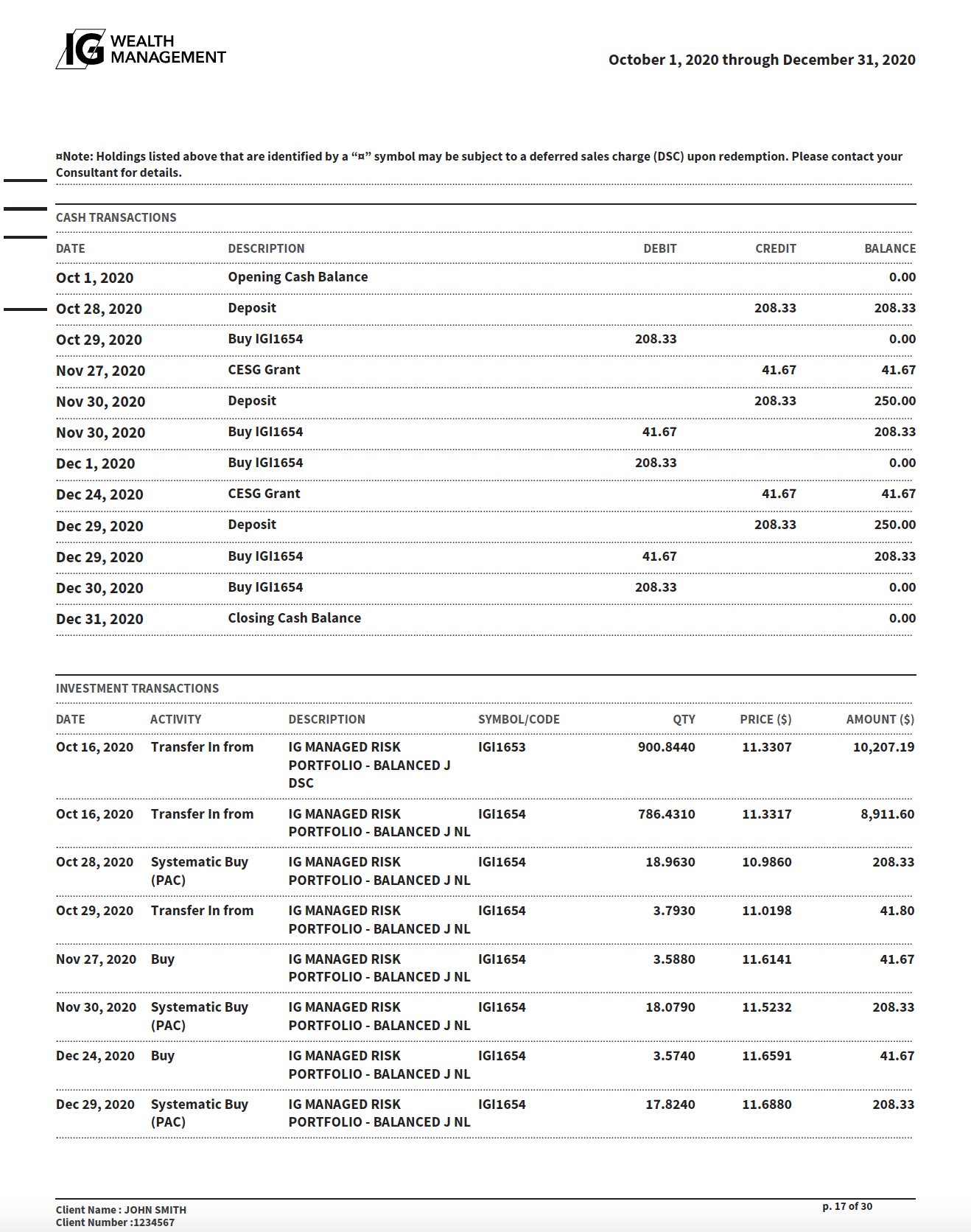 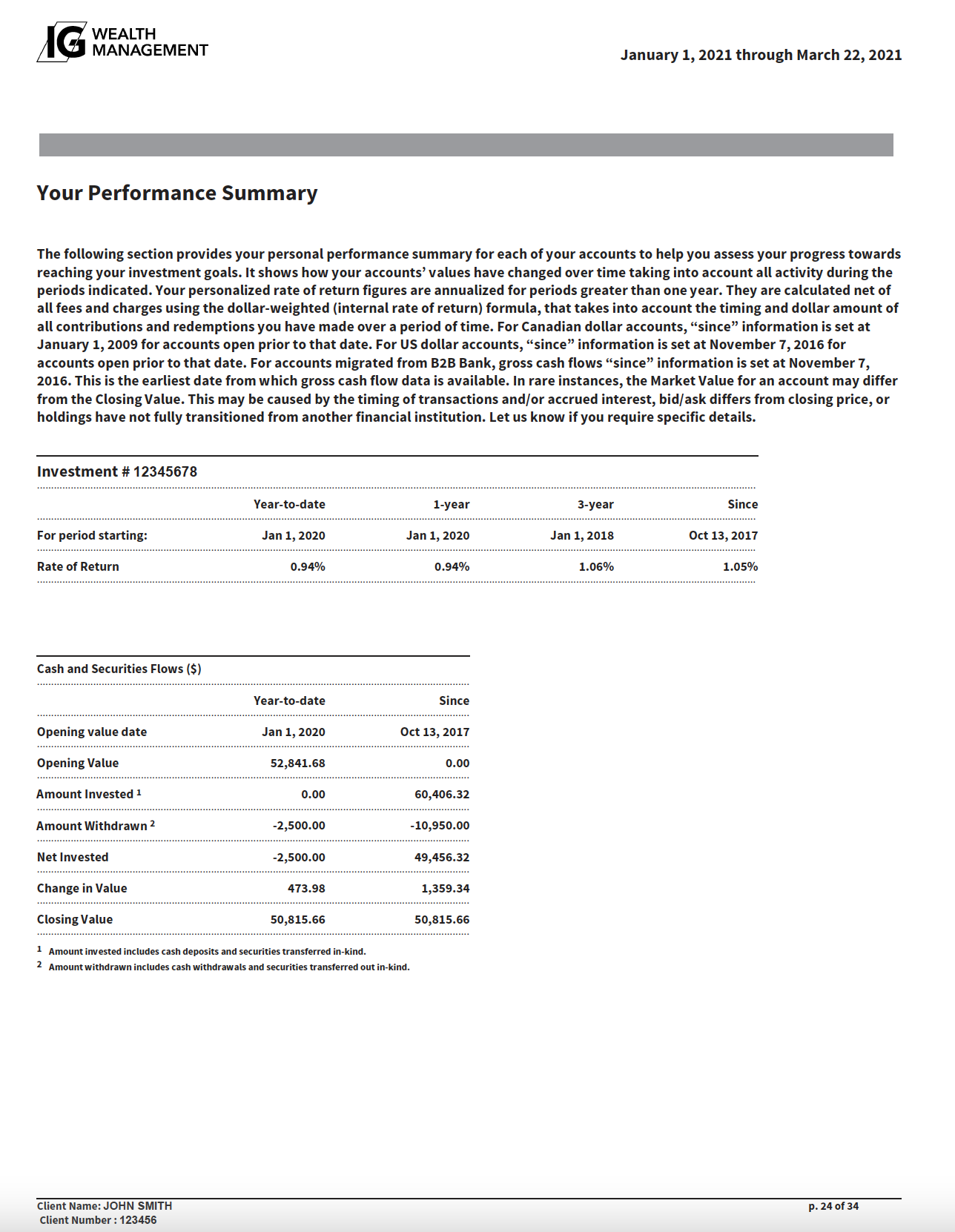 Your Fee Summary provides a breakdown of the money received by IG Wealth Management to provide services to you over a 12 month period. It is included with the statement issued to you for the period ending on June 30.

There are other fees and charges which may apply to your account that are not shown on this report. They include (but are not limited to):

See "About Fees" for more detailed information on the fees which may be applicable to your account. 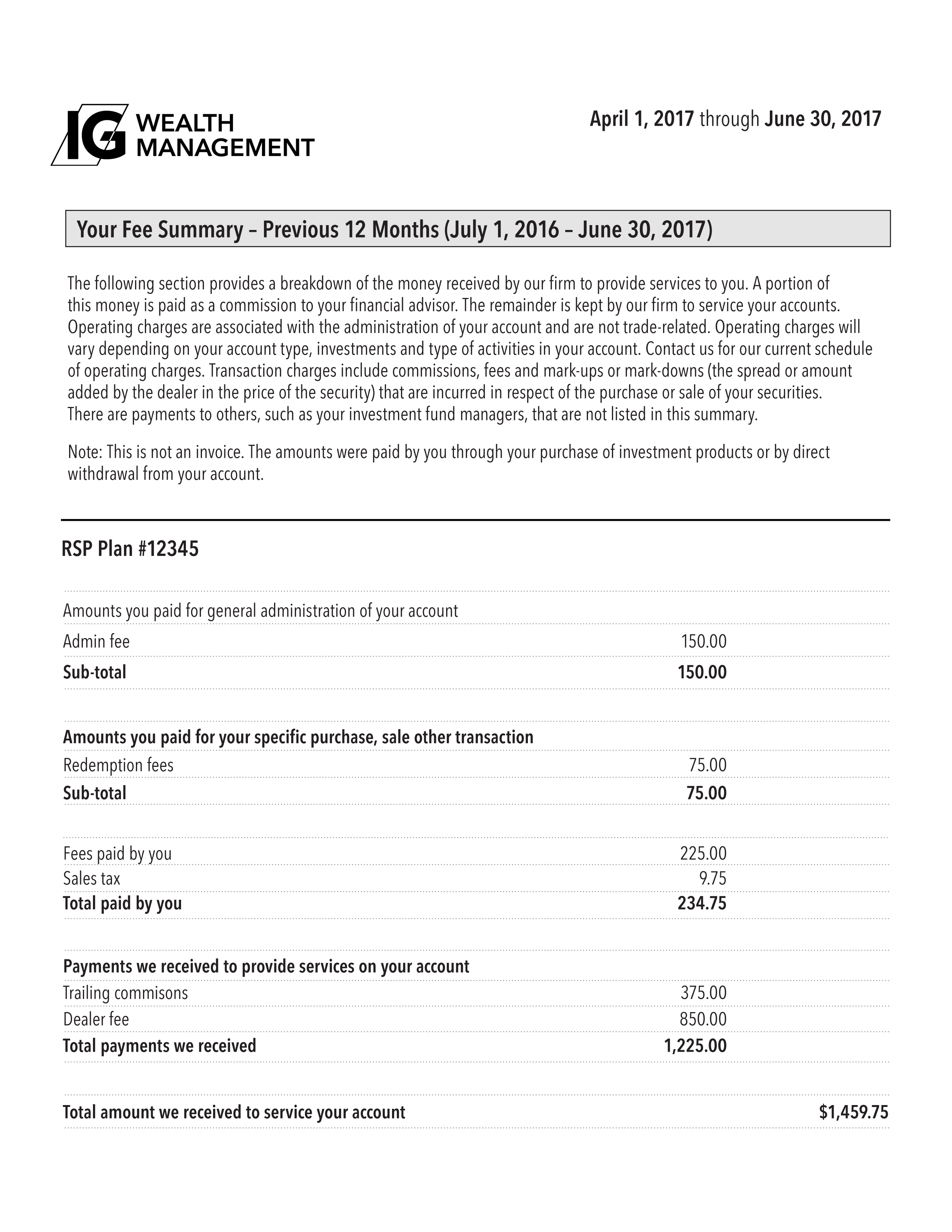 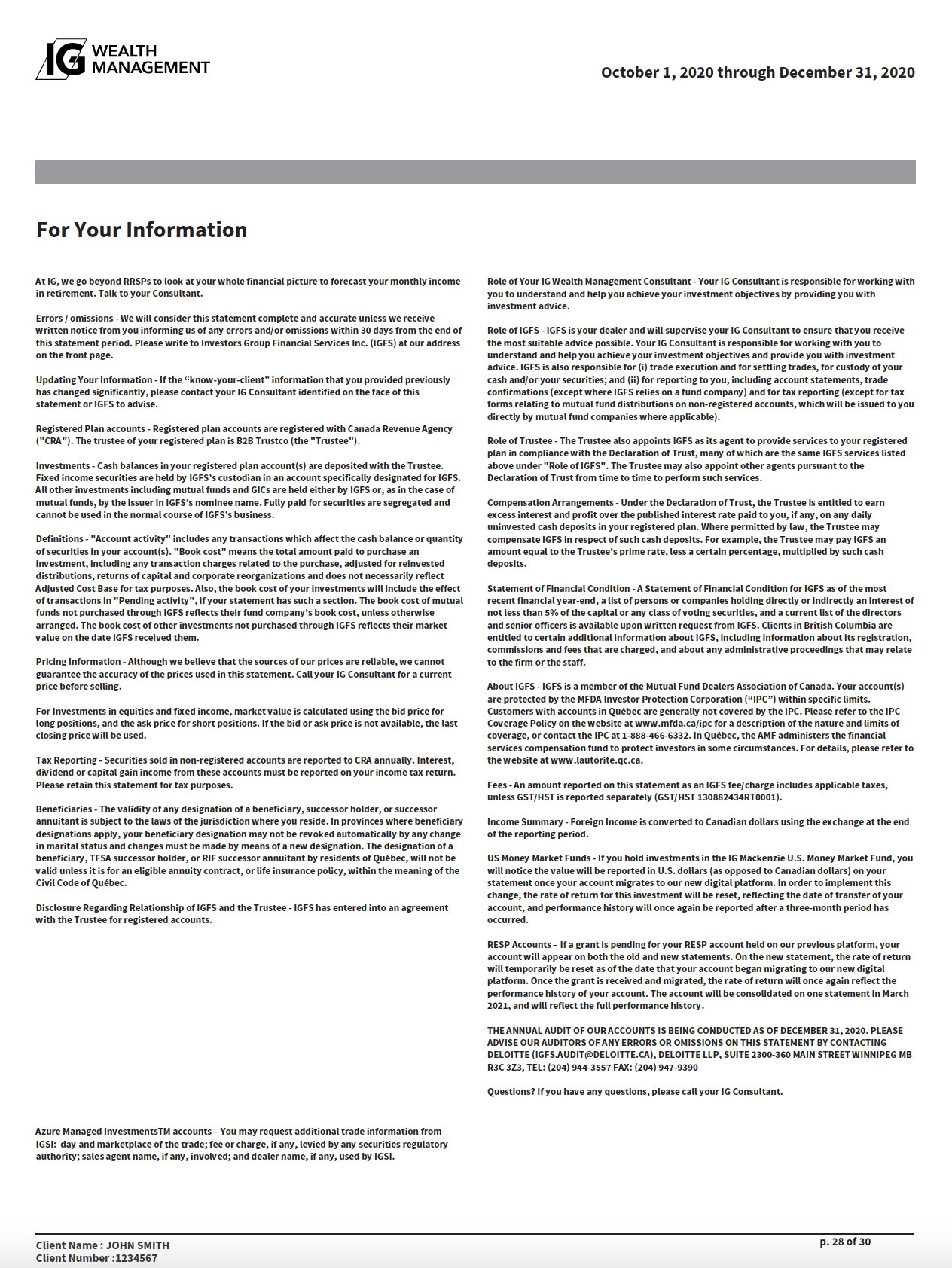 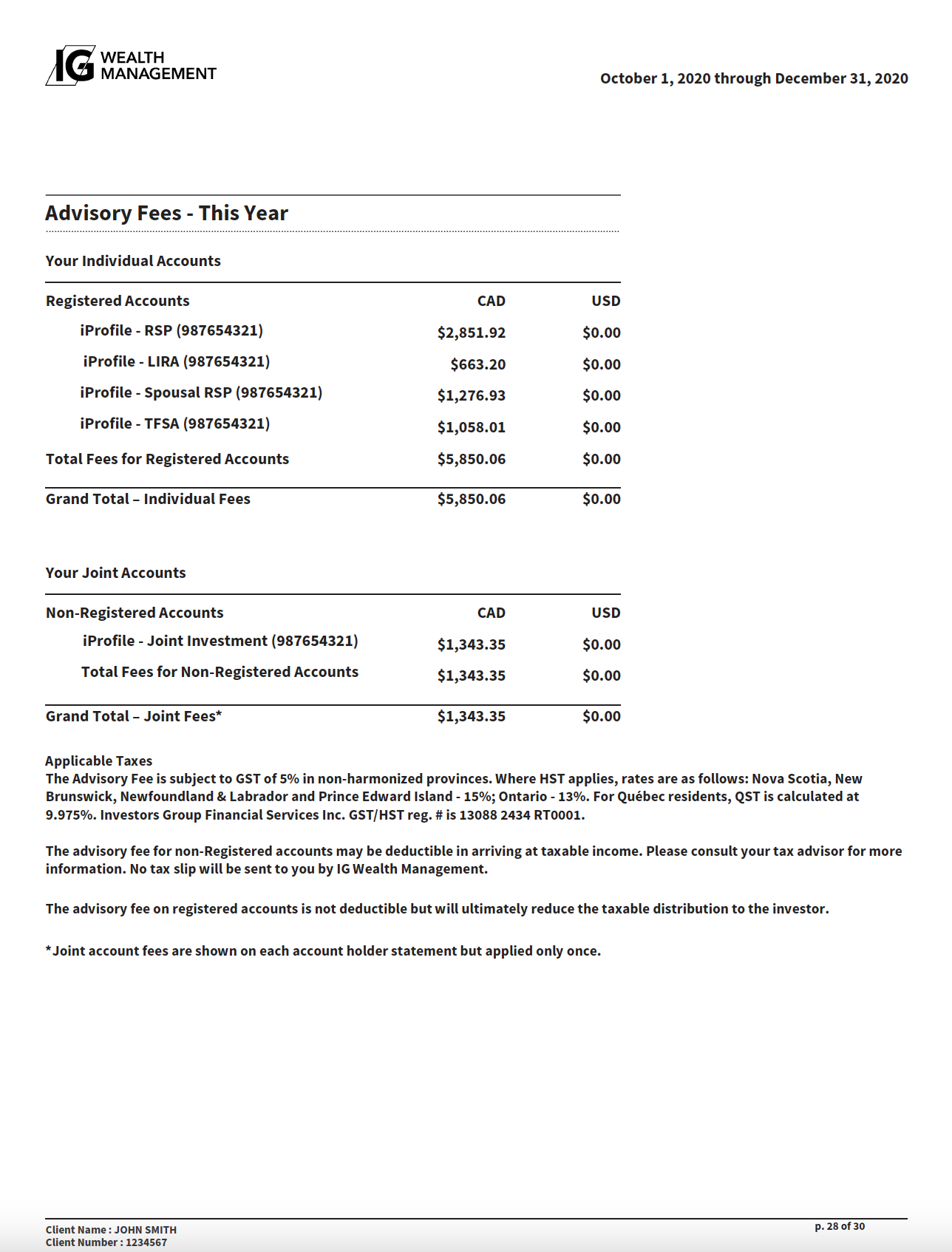 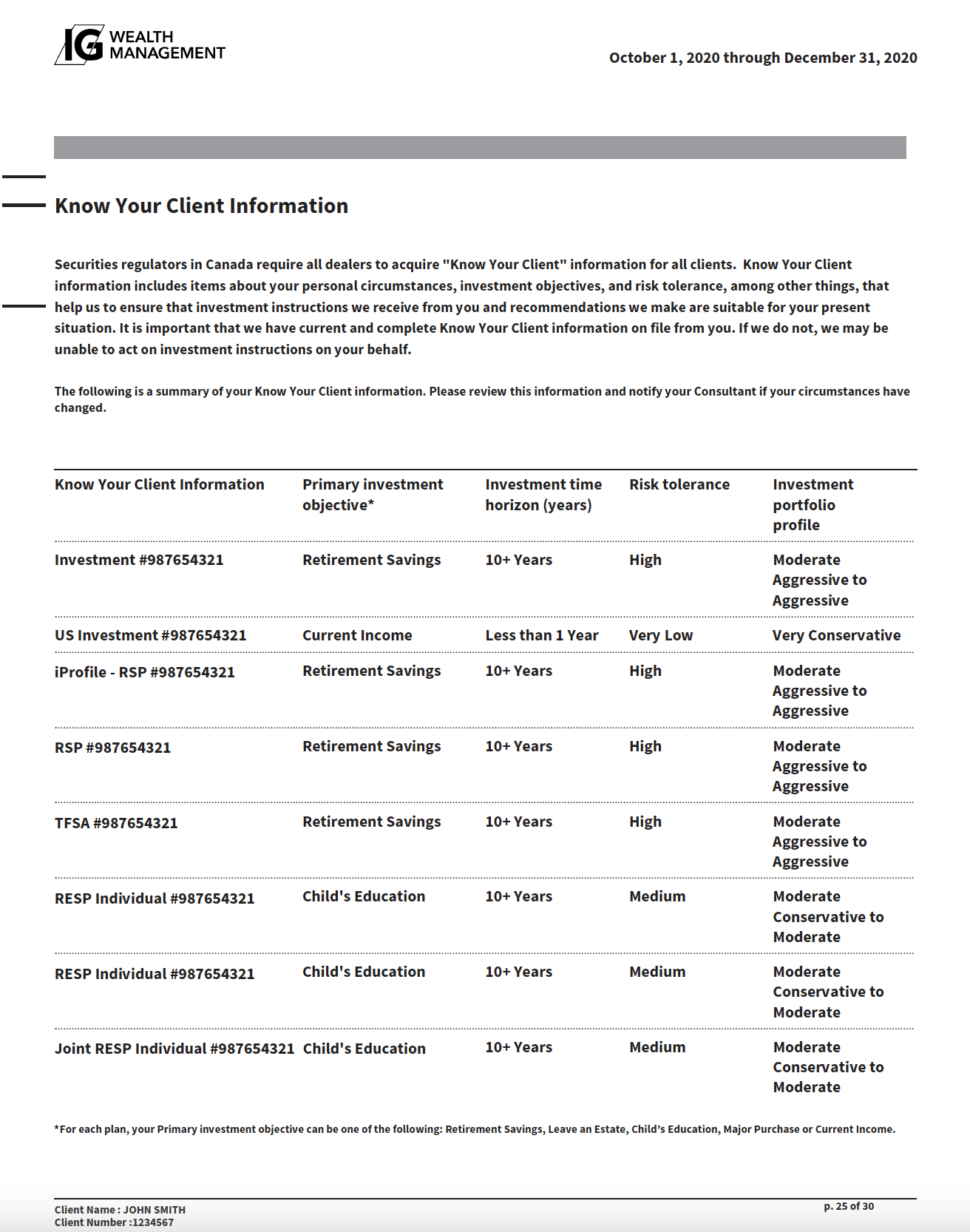 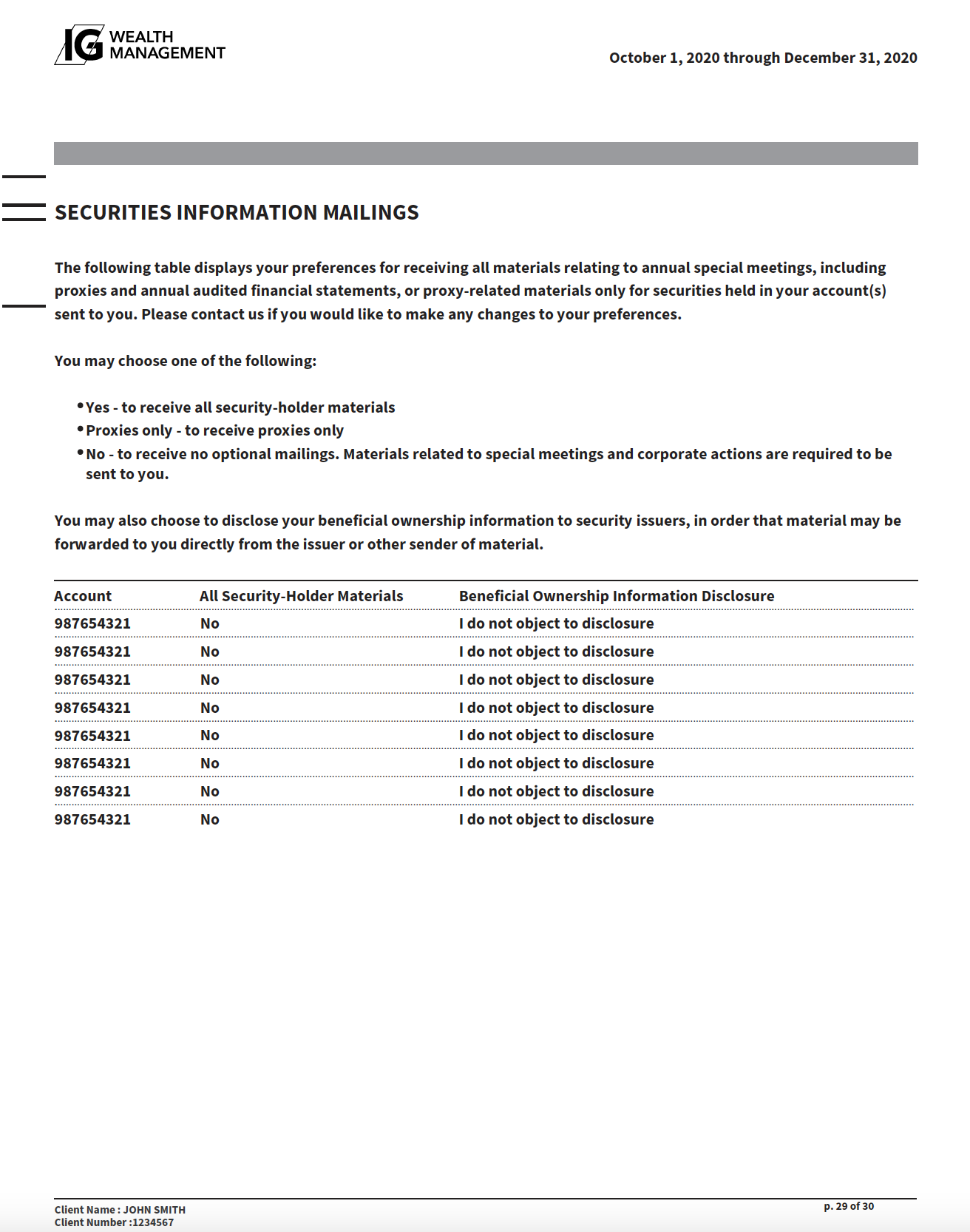